“To take a stranger’s point of view on everyday reality is to look inquiringly and wonderingly on the world in which one lives.”

The research project is presented in the form of a dissertation, based on the issue of exploring visual arts pedagogy and methodologies for art specification and curriculum planning ahead of the introduction of sketchpads in September 2017 to the Junior Cycle Visual Art Curriculum.

The aim of this study is to explore the use of narrative as a prompt to facilitate art students’ ability to access and stimulate imagination and visualisation of drawing skills, in a classroom situation. Action research was the chosen methodological approach, as according to Punch & Oancea (2014), it is understood to be qualitative, practical, participatory, reflective and concerned with social change (p.25).
A qualitative research approach was chosen to gain what Miles and Huberman (1984) describe as ‘rich descriptions and explanations of processes occurring in local contexts’. This approach facilitated assessment of students’ responses ahead of their planned use in the Junior Cycle Visual Art (NCCA, 2016). The rationale for an action research approach was the production of qualitative visual data resulting from the narrative prompts to stimulate drawing in the sketchbooks.

As a result of the prompts twenty out of the twenty-three students appeared to follow the narrative instinct from their own imaginative thoughts. These prompts were embedded in the visual art scheme that was conducted within the class.
In keeping with the reviewed research by Efland (2002) three students based their ideas on the experience of a real room, two on the re-organisation of a past memory of a room and eighteen envisaged an imaginary room. The findings are in keeping with research by Eisner (2002, p.72-73) who suggests that prompts can allow students to imagine and visualise ideas, and provide students an opportunity to take action to shape their own projects.

Overall the findings suggest that for some students working from memory or imagination may involve less expectations and less stress, therefore the prompts could promote them to try different options, experience a kinetic or holistic involvement as reviewed by Efland (2002), Eisner (2002) and (London 1989). This study facilitated open dialogue between students, peers and teacher to tell the ‘reasoning behind their actions’, and to uncover the ‘hidden thoughts and truths’ (Efland, 2002, p.7) within their work. 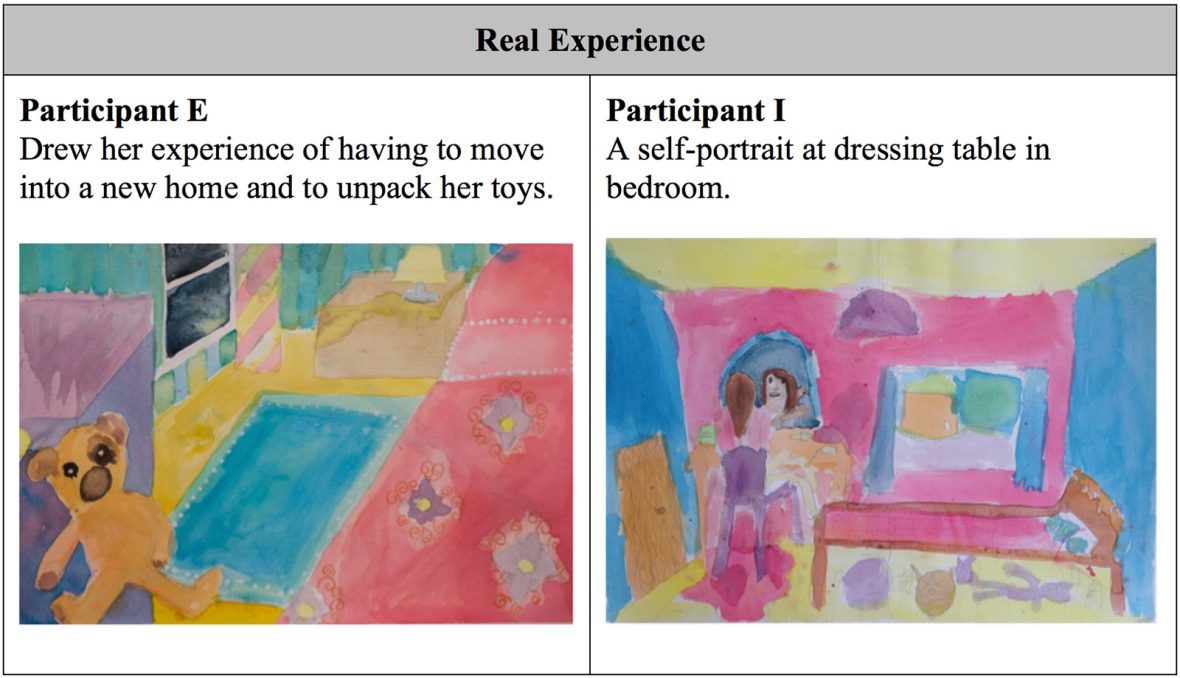 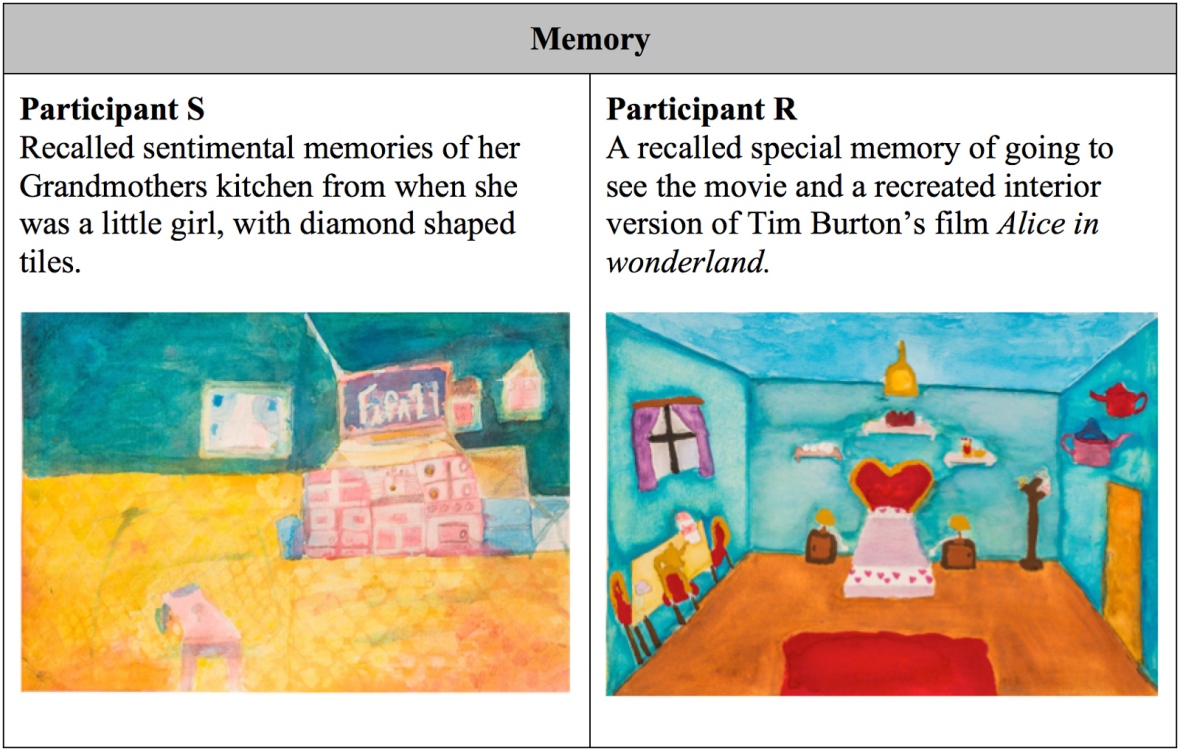